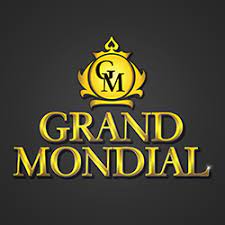 Grand Mondial Casino wants YOU to be its next instant millionaire, and as such, it is offering you 150 exciting chances to win the jackpot for just $10!

Grand Mondial Casino was launched in 2006 by Microgaming software. It offers more than 650 games to its players, which is a pretty wide range of casino games including video poker, blackjack, roulette, slots, table poker, sic bo, craps and baccarat.

16 different progressive jackpots are also waiting for you. The payout rate of Grand Mondial is 95% and the wagering requirement is x30. Grand Mondial’s website is much similar to any other Casino Rewards group website, so if you have used one of them before, you’ll be able to use this one quite comfortably too.

US players are not allowed to open an account at the casino.

H.T. made a casino rewards hat trick by becoming our 3rd multimillionaire in less than 2 months when she scored an incredible €3,558,858.68 on mega moolah at grand mondial casino on october 16th 2019!

The casino is given certificates by eCOGRA for providing a safe and fair gambling arena for players and uses 128 bit encryption technology during transactions. Players cannot play games of Grand Mondial on mobile devices and Mac computers.

Loyalty Club of Grand Mondial earns you 1 $ for 100 comp points you collect and may offer different promotions during different plays. You can use your loyalty points in other Casino Rewards group casinos and withdraw them as cash too.